Where I was and where I am

I spent Memorial Day weekend in the vicinity of 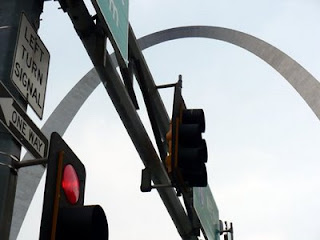 And this week I am alternately vacuuming up dead faux ladybugs and painting the new living room a startlingly bright orange. We move on Monday. Have I started packing? No! Hurrah!

Oh, and today we discovered Reason No. 4 that we're happy we didn't buy the place (not that we were planning to): The water heater has an enormous rusty leak in the bottom. When the plumber says that a leak is "the worst [he's] ever seen," you're glad that you don't own the damn house. Hurrah again!

Anyway, this is just to say that I am both too busy and too boring to be posting anything of substance (insofar as I ever post anything of substance. In fact, I do believe that I have used this very parenthetical more than once before). Pictures of painted rooms may come, with TM's consent (it's his house too, after all).
Posted by heu mihi at 11:31 PM 6 comments:

Here is what The Minister and/or I (mostly I--not because he hasn't been productive, but because that would be his own list, not mine) have done this week:

I must be doing something wrong...

...because my Mid-Term Review Binder is taking a nightmarishly long time to complete.

Kalamazoo Redux and Starting with the Real Work

(Thanks to all those who commented on the previous post; your impressions were really helpful. We're trying to get away from three venues, as that's clearly not ideal. Anyway, I refuse to make this a Wedding Blog, so I'm not going to talk about that anymore for now.) (I might talk about it again later though.)

Kalamazoo was pretty grand this year; I hadn't been since 05 and it was fun to back there, especially since I was less painfully insecure than on the three occasions when I went as a grad student. I didn't find myself worrying so much about being at a social-type thingy and not knowing anybody; since these thingies were usually enormous, hectic wine hours that spilled over into the book exhibit, it was unlikely that anyone was out there scorning me and saying ha! what a loser!, anyway. But the main improvement over previous years was having so many people to see: on Thursday night I met with my grad advisor and then had dinner with H, a friend whom I've literally only ever seen at Kalamazoo; on Friday morning there was the (HUGE!) blogger meet-up; Long Lost Fellow Medievalist from my grad department came to my panel, which was chaired by the Rebel Lettriste; the three of us had lunch together, and then I had dinner with LLFM; on Saturday I mainly hung by myself (packing in some actual panels) and had dinner with Medieval Woman, who was also my date to the dance (we did a bit of a drive-by, being tired and unimpressed with the music). On Sunday morning I was happy to leave town, skipping out on the last couple of panels; it had been a lot of socializing for this rural recluse. I was also harboring fears of the drive home because on Saturday night I discovered that I had left my driver's license at home, safely on top of my printer. And I had driven four and a half hours, mostly over the speed limit, to get to the 'Zoo.... Needless to say, I drove home at a more sedate pace (and actually made better time--go figure).

Academically it was pretty good, too. Maybe I've just been away from conferences for too long, but nearly all of the papers I saw struck me as good and interesting. It was so nice to just sit and learn things for a change. Oh, and my paper was fine. I don't think that I'm going to do anything with it, but there was another paper on my panel that related pretty well to my research and gave me some ideas.

Annnnd I bought a lot of books, books that I can't really afford because I just bought new contacts and am now convinced that I'm going to have to get my wisdom teeth out (no connection between those, by the way), but what are you going to do. And anyway most of them were pretty cheap.

So that's that. And now I'm working away at a variety of Things, trying to get some momentum going early in the summer. The revisions to my last chapter are moving along with surprising alacrity--alacrity so surprising that I'm half convinced they're all a huge mistake. Luckily, I am far from a perfectionist and usually proceed with a sort of blithe belief that whatever I'm writing is going to be Just Fine; I truly believe that that attitude is the cause of every academic success I've ever had, and don't intend to change it.
Posted by heu mihi at 2:24 PM 3 comments:

Sorry for this, but I'm truly stuck

I have a wedding question, and my mom and I aren't getting anywhere with this.

Would a three-stage wedding--with the ceremony in one place, the dinner somewhere else, and the drinking/dancing/party at a third location--be weird? (The dinner would be about a 15-minute drive from the ceremony and the party, which would be very close to each other.) Is this a thing? And how likely would you expect guests to be to bail after Stage 2 (dinner)? We're just having a terribly hard time figuring out venues, esp. how in the world we can feed all these people.

All my grades are entered (but two, which are both waiting on late paper-things that will come in this weekend). My K'zoo paper is mostly done. I have met with weepy plagiarists--whom I actually believe to have been unintentional in their plagiarism, if frighteningly ignorant--and cleaned out some of my folders. I have done other things, such as getting my oil changed and trying unsuccessfully to figure out why we need to pay for the church's organist if he can't actually play at our wedding (although we'd like him to). Tonight is an end-of-the-year potluck and tomorrow I drive off for Kalamazoo. So let me organize myself with a to-do list, as thusly:
I apologize for the tediousness of this post, but actually I do enjoy reading other people's to-do lists, so I trust that you will enjoy the same. And now, I will conclude with a picture of said Fluevogs.

Grading, Grading, Over the Bounding Main

How did this happen? How am I grading again?

Oh well. By Wednesday, it will all be over. It must be over. I am not taking grading to Kalamazoo.

In other news, we found a house. It is less adorable than my house, alas, but it's a good size and has reasonable rent (about $125 less than our combined rents), a big yard, and loads of storage--a huge attic AND a basement. (Not that our boxes and few suitcases need all of that room, but it's nice to know that if something doesn't fit into the house proper, we'll have a place--or rather places--to put it.) We move in on June 1. I can't wait to paint!

Now, can I do four more papers tonight? That would mean that I could spend some serious time tomorrow on my paper, which is coming along but not quite...there, yet. Gah.

*An image search for this title yielded a picture of something called "graded bedding." I don't know what it means, but my vote is YES.
Posted by heu mihi at 9:14 PM 3 comments: