I'm drowning in work, I tell you. Drowning! Yes, drowning.

Four distinct preps (I usually have 3) and a staggeringly record number of honors students--both first-years and seniors, the two groups that require the most attention--have me in the office from 7-4ish daily without a break. Lunch at the desk and shit like that. (And then the reading and prep in the evenings, of course.) Oh, and did I mention this? I don't think I did. I'm taking a class! Ancient Greek! It's fun--but we have actual homework.

And now, because I'm an idiot, I'm prepping a Derrida essay for my seminar tomorrow. The students will be baffled (understandably; this is a tough one, and I'm pretty well baffled myself). Once I'm done, I expect that my prep will have sucked about 4 hours out of the evening. I am tired, people. And I have three thesis meetings tomorrow (two of which I just remembered).... And I haven't memorized the declension of the definite article yet....

So TM and I were having a conversation the other night, and he used the phrase"low-hanging fruit." I smirked, as I ALWAYS do when I hear that phrase, and we got into a discussion of why I can't hear (let alone say) it with a straight face. I think that it has something to do with how the first time I heard it, it was in reference to someone who used the phrase a lot (are you following me?), and my friend, who was talking about him, said, "I'd like to kick him in his low-hanging fruit."

You get where I'm going with this.

Also, I have a tendency to "hear" it punctuated as "low, hanging fruit" and to imagine it said in a voice like that of the narrator in Rocky Horror Picture Show when he describes the clouds as "heavy, black, and pendulous." (And if you've ever seen or experienced the interactive version of RHPS, you know that the shout-out line only adds to the immodest association hinted at above.)

So yes, I do have a juvenile streak, much as I try to hide it. (See this post for additional evidence.)

SO ANYWAY, we then started talking about alternative metaphors/cliches, and we couldn't think of any good ones. I suggested "easy target," but that doesn't mean quite the same thing. As TM pointed out, "low-hanging fruit" clearly suggests the easily reachable targets that you accomplish first, with the expectation that you will then get into the higher branches with their less-reachable fruit; "easy target" doesn't imply any more difficult targets to come.

And then we were pretty much stumped.

Thus I give it to you, dear readers. What alternative metaphor(s) would you suggest? Are there other figures of speech that serve the same purpose? Or is there a new metaphor, possibly less testicular, just waiting to be coined?

My happiness does not depend on ----

Everything starts tomorrow (we have 3 days containing meetings, including one all-day retreat, then classes begin on the 24th, except for that one Extra Special Class that starts on Sunday).

May I please not begin the year with resentment.

I had a flash of it tonight, you see. Resentment. Feeling unappreciated (how childish that sounds!). Recalling a promise that may not be delivered.

I ended the year--an otherwise pretty great year--on a not-great note, feeling taken for granted and put-upon. That feeling vanished over the summer. Tonight it resurfaced.

A week or two ago, I was suddenly hit with an intense desire to relax. You know--enjoy the summer without working. Not that I've been working all that much, but.... Well, what prompted it was an email in which my mother asked me if I'd started a novel that she'd lent me, and I realized in writing back to her that I hadn't been reading fiction. Forgive my italics, but it shocked me.

So--rather than reading Cloud Atlas, the erudite and clearly fabulous novel from my mom (I started it and was liking it, but I lost my train of thought)--I've been reading Alexander McCall Smith's Isabel Dalhousie series. They start off as "mysteries," but lose that moniker pretty quickly; mostly Isabel reflects on moral philosophy, cooks risotto, and drinks wine with her youthful paramour. They're delightful, cozy, and easy on the brain (which sounds insulting, but I don't mean it that way. Look, I didn't want to work! This is a good thing). And they usually end up with some really sweet reflection on love or kindness or something. I like them.

The novels are set in Edinburgh, which brings me to my gratuitous pictures. I spent almost a week in Edinburgh back in '07, and I loved it. Today I browsed through the pictures that I took on my trip there; some of them are quite nice, so I'm sharing. Enjoy!

(And yes, all of them were taking in Edinburgh, even the ones that look like they couldn't possibly be urban--that was Holyrood Park, where I spent one of the nicest mornings I can remember.) 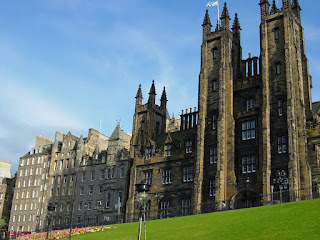 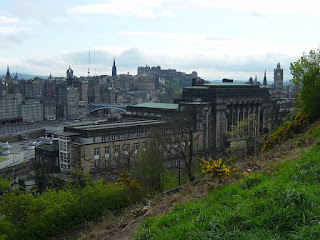 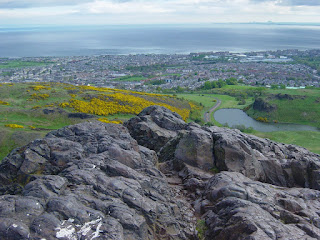 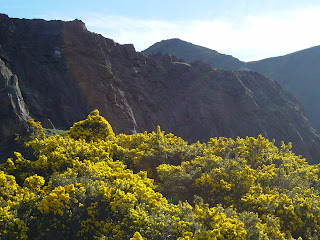 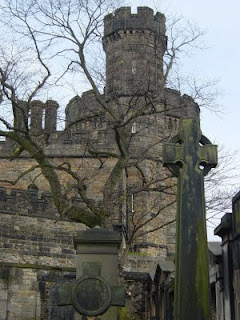 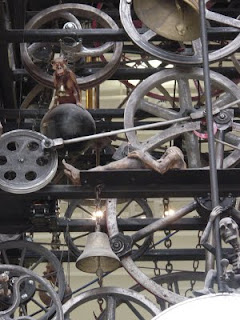 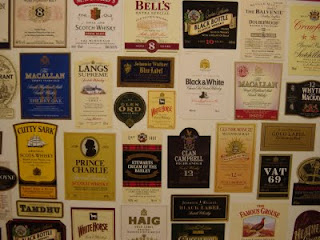 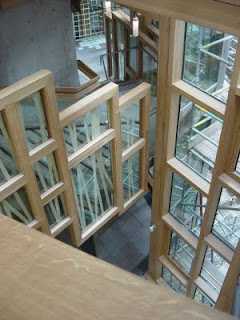 Long gap in blogging here due to a semi-chaotic family visit and a very sick kitty. Family left on Saturday. Kitty is still sick, but somewhat better (down from a very high fever into sneezing and snuffles). There really is nothing more pathetic than a sick cat.

So anyway, with all that settling down, I got back into my article this weekend. A few weeks ago, I read it over in hard copy (my preferred late-stage revision mode), made a few edits, and thought that it was just about ready to go. This weekend, I reread it, and did this: 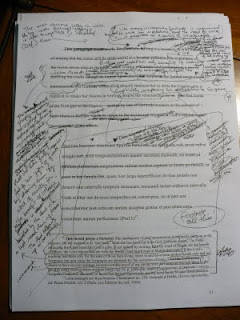 Now pardon me, please, while I go type those notes up before I lose the ability to read them.
Posted by heu mihi at 7:40 AM 2 comments: