After almost three weeks away, and three weeks of adamantly not working (and lots of fun, and many great visits with great people, and WAY too much time in the car, esp. with a two-year-old), it's time to get back to work.

In keeping with my businesslike attitude, this post shall be brief and bulleted. Goals for the week:

I'm not counting the weeks anymore, though, because that would get depressing. Classes start August 27. I have ages.
Posted by heu mihi at 8:19 PM 1 comment: 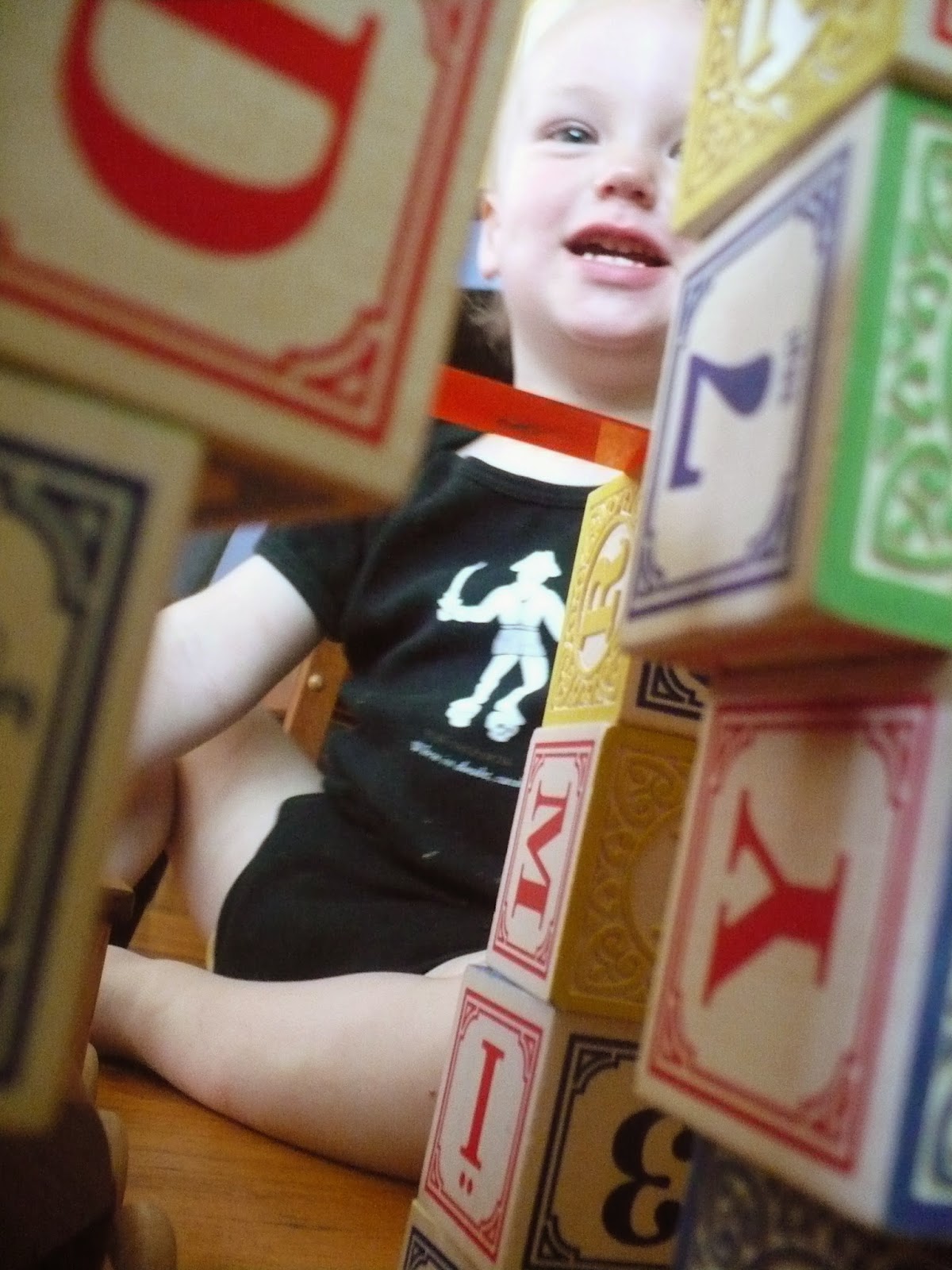 (The French blocks and pirate onesie are pretty great, too.)
Posted by heu mihi at 6:00 AM No comments:

At 14,200 words, with a reasonably logical structure, a handful of notes-to-self, and the lingering need to read and incorporate at least one major study, I have decided to pronounce M chapter drafted. I'll be putting it away for a while--I'm off to visit family and friends pretty soon and intend to do no work on my [second] book (for I'm starting to force myself to call it that) while I'm gone.

I'm pretty pleased. Today is, what, June 3? And this was one of the major, quite possibly undoable items on my summer list. So hey, list! Check it out! Done!

Of course, it's also absolutely the easiest chapter of the projected book for me to write, because it's the only one that's on a text that I know really well. Aha. And also on my list are "Draft chapter 1" and "Finish H chapter draft"--I started H chapter last fall, but then a) I eventually acknowledged that a.1) I hadn't actually finished reading H itself and a.2) I was still very sketchy on the considerable body of H research. Also b) my colleague died in October. All this to explain why it's not finished yet. Unfortunately, problem (a), with both of its subparts, still exists.

H has been sitting on my desk since last summer, by the way.

Anyway. The drafting of this or that chapter is a problem for another day. I'm heavily into my Pre-Voyage State, which involves trying to clean everything and finish every project. For example, I actually have on my to-do list, "Drop off dry-cleaning" (followed by "Pick up dry-cleaning"), when the clothes that need dry cleaning are clothes that there is no chance I will wear before mid-September at the earliest (if we have a cool fall).

I'm trying to get myself to cross that one off.

(When I was 23 and about to embark on a major adventure trip, I actually finished a novel that my friends and I had about 2/3 written when we were fifteen, because I couldn't stand the thought of leaving it unfinished when I took off. I'm really glad that I did it--the novel is hilarious and such a fun testament to our goofy sophomore selves--but in retrospect that seems a little nuts, doesn't it?)
Posted by heu mihi at 9:03 PM 2 comments: