Feminism in the Fields 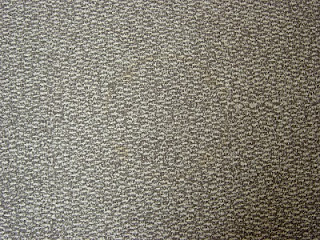 Dulles terminal (1)
I've not been online much lately, other than for work-related emails. I do occasionally read y'all's blogs, but haven't even been doing much of that, to be honest. Here's the thing: I had bloglines bookmarked on my work computer. I have now switched to Google Reader (which I like less, but eh, who cares), and have not bookmarked it on my work computer. Lo! I spend a lot less time reading blog posts, and correspondingly less time writing them.

Although I would dearly love to muck around on blogs while I'm in the office, I think I'm going to maintain the current system for as long as I can stand to do so.

What I need to post about, really, is the whole committing-to-Field-for-real-at-least-for-now thing that buying a house seems to entail, but right now I'd like to just say a few words about teaching a course in feminist theory at a small college in the middle of the most conservative county in midwestern Field State.

First, a bit of context: My feminism seminar is required for senior English literature majors. OK, feminism per se isn't required for them, but we have a senior capstone course with a changing topic, and I have taught it for the last three years (and will continue to teach it until we either get a new hire or I decide that I don't want to teach it again and find someone else with the room to pick it up--hooray! I love this course). In the past, I've done gender in medieval literature and literature and technology (from manuscript to the digital age, essentially--I'm trying not to use my real course titles), and this year it's feminism. So the thing is, most students don't get a choice: They take what I offer in the year that they're up.

For the most part, feminism isn't a problem for this year's batch. We have five senior English (literature) majors this year who are required to take the class, and then two English (writing) majors and a literature minor who are taking it either because they need another literature seminar or because they just wanted to take it. All of them are seniors. And, of the eight, seven are apparently digging it (even though one is a little hung up on the whole thing of not saying she's a feminist because of all the mean feminists, despite the fact that she is SO A FEMINIST oh my god, she just needs to own it, seriously). Oh, and all of them are women, which was pure coincidence but probably does affect the course content (I had to talk about clitoral pleasure the other day, for example; I would have done so with men in the room, of course, but I can't pretend that the audience doesn't make a difference).

But there's one student about whom I worry. She's lovely--wicked smart and sweet, and about the hippest dresser on campus (I love her style). She writes beautifully, is kind and conscientious, and is a generally delightful person. And she is very religious, and quite conservative. And, oh yeah, shy--I think that, in the 2.5 semesters that I've had her, she has voluntarily spoken in class once.

I know from her response papers that the material in this course is problematic for her. She writes thoughtfully and well, but poses questions like, "Is the patriarchy really such a bad thing?" This, of course, from a bright, strong young woman (and she is strong, even if she's quiet). And she never says a word in class unless I call on her directly.

The other day I had her in my office for a different reason and took the opportunity to talk to her a bit about the course. I figure that this is the most I can do right now: I told her that I appreciated her comments, that she's not obligated to agree with everything (or anything) that we read in class, that she is welcome to push against them and measure them against her own views, and that she should know that she's not the only one who finds some of the readings troubling. In class, I try to present her point of view whenever I can (since she doesn't speak and I don't feel that it would be right, in this case, to single her out to voice her view--particularly because some of her objections are on putatively religious grounds).

It's hard. I worry about her when I prep.

And it makes me hyper aware of how much I do embrace feminist theory, even though some of it is, in fact, a little divorced from reality (ecriture feminine, I'm looking at you), and how hard it is to feign neutral objectivity when presenting material with which I am on board to a group of students who are--all but one--vocally in agreement with me on at least a majority of points.

Still, it could have been worse. English majors, at least, tend to skew progressive, whatever their professed political beliefs.
Posted by heu mihi at 9:54 PM

I spent the weekend among people who wonder out loud if empire is really so bad, which gave me a bigger headache than I anticipated. So I feel you.

I think the "Is patriarchy so bad?" question could be a really great jumping-off point for discussion. After all, patriarchy only works if a critical mass of women are invested in it. I'm likely not saying anything you don't know, but: you could start with "What advantages does patriarchy promise?" then move onto the trickier ones of "Who is excluded from these advantages?", "What do women give up in exchange for the benefits?", and "What alternatives can we imagine? What would they require?"

But yes: I get only partial buy-in from my students in my own women's history classes, and I too find it troubling. But in many cases, I think my class is the first place where they've been forced to really grapple with concepts like "patriarchy" and "feminism", rather than the cartoon versions of those concepts in the mass media.

I can identify with this entirely. Replace gender with race -- or patriarchy with white hegemony -- and BAM! that's my life.

What I've found, after a good decade of doing this, is that I don't expect anymore to reach them all. The student demographic crunchyville is, as the name suggests, wonderfully liberal and open-minded, but even here I'll encounter resistance to the idea that racism still exists (or that the possessive investment in whiteness, of course, depends on the economic subordination of people of color etc.).

Or the time I showed a 1994 documentary on race and afterward a student said "when was this made? 1994? I was gonna say, because this stuff doesn't really apply to today's society." He said this in 2002.

What I've found is the best approach is exactly how you did it. I don't confront or single out students, and I in fact cultivate a space for dissent and diversity. But I also 'know the opposition' in advance -- in some ways, I speak their language better than they do -- and I work it into my lectures. And I do so without deligitmizing their pov's.

And sometimes, when the world is all right, one of those resisters will come up to me at the end of the quarter and tell me that the course completely changed their views on race.