Just now, on the cusp of the last 1/4th of the academic year, I shall avoid discussing the first and postpone the last. Instead, I'll put up a few pretty pictures and tell you that, this week, I saw:
And also in the past week, I
Dominica and Iles des Saintes are beautiful. Here are a few pictures for your enjoyment. I'll be thinking about them when I recommence the grading...oh, the grading...luckily I have everyone else's blogs--unread for so long--to keep me company whilst I toil! 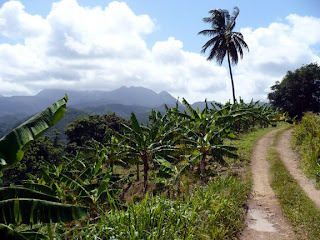 A view of Dominica, from the top of a mountain ridge. 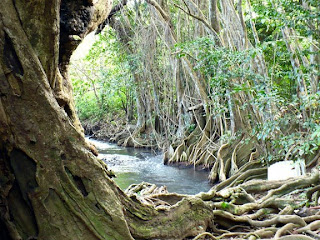 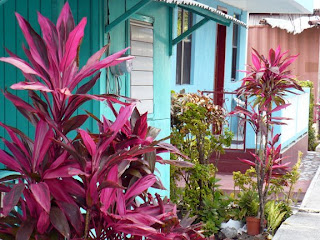 Red lavender in front of a blue house (Portsmouth, Dominica). 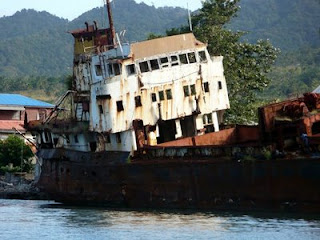 Shipwreck in the harbor at Portsmouth. 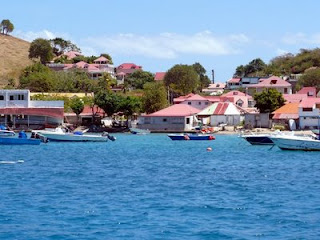 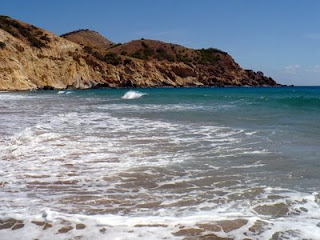 Secluded beach on Terre-de-Haut (we were just about the only ones there). 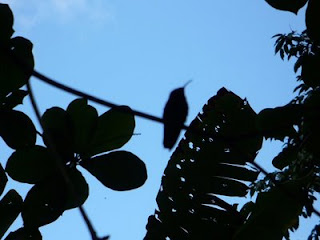 And, because I like birds, a hummingbird in silhouette. I actually kind of like the fact that the leaves are in focus but the bird itself is not.
Posted by heu mihi at 9:07 PM

Oh thank you! The closest I'll be to a beach for months.

Beautiful! Would you recommend both of these places as destinations if one had kids in tow? They look beautiful, and just a few minutes ago (when I was reading Beauty and the Beast to my daughter), I was thinking it would be nice to practice my French!

Welcome back. Glad the trip was so fantastic.

So much beauty. You must be overwhelmed.

It was strange landing in Nominally Ordinary City (30 minutes from Field), where the colors just looked leached out of the landscape.

Good Enough--Iles des Saintes, while definitely the pricier of the two (they work in euros), would be a good place to visit with kids, I think. Nice beaches, relaxed atmosphere, not too many people, probably more accessible (it's a ferry ride from Guadeloupe). Dominica might be trickier, as it's definitely rougher around the edges (much more of a developing country)--fine for adults, but I don't know how kids would fare with the food and relative lack of amenities. Of course, I didn't go to Roseau, the capital, which is meant to be rather more polished than Portsmouth. But they don't speak French in Dominica (although they do speak a French-ish patois), so the Saintes might be the better option all around.

And it really is astoundingly beautiful!

Heu, thanks for sharing your beautiful photographs. I'm happy that you had a wonderful vacation. Best of luck with the rest of your academic year.